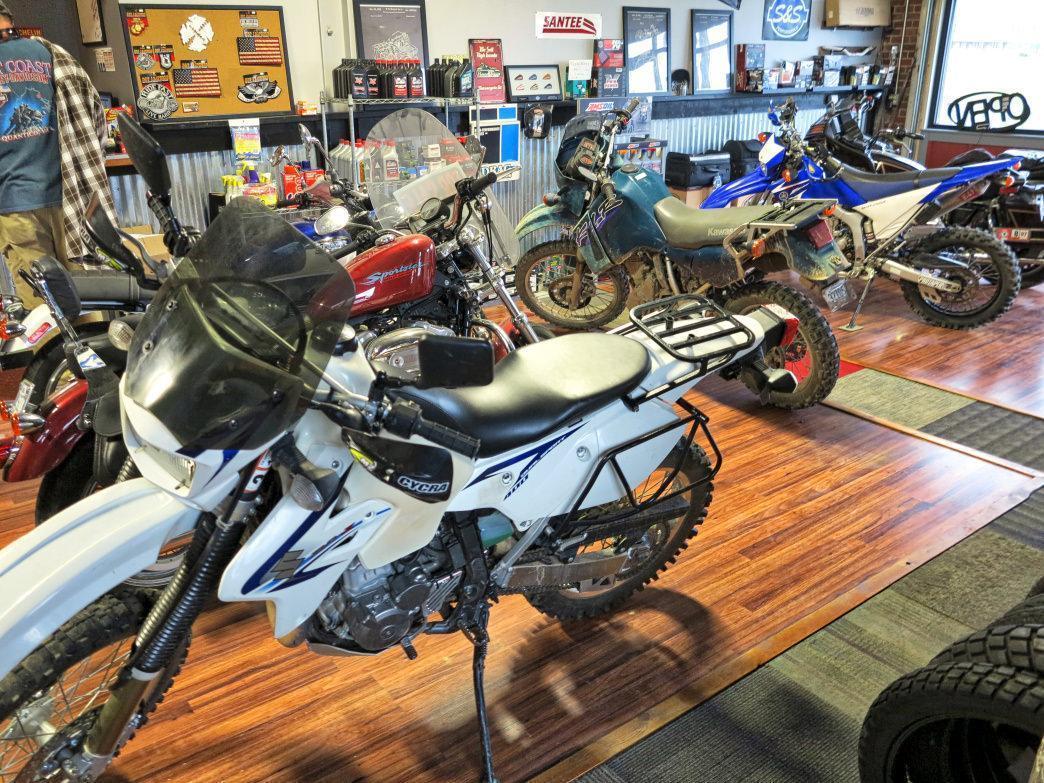 If you’re on the hunt for a spot steeped in natural beauty with options from serene rides to blood-pumping dirt road adventures, look no further than Southwest Virginia. Housing key sections of the increasingly well-known Dragon Motorcycle Series and offering some of the most customizable motorcycle touring you can get, zooming through Southwest Virginia on two wheels is a trip to remember.

Occupying central Southwest Virginia including Smyth, Tazewell, and Wythe counties is a twisty and turny motorcycle ride that’s unlike any other. The Back of the Dragon begins in Marion and terminates in Tazewell. This middle section is part of the larger Dragon Series that includes the Tail of the Dragon in North Carolina and Tennessee, the Head of the Dragon in West Virginia, and the Claw of the Dragon also in Virginia.

The Back of the Dragon is located smack in the middle of the five loops that compose the Claw of the Dragon which means an almost unthinkable amount of ride options couched in the secluded, tree-filled scenery of Southwest Virginia. Ranging from 62 to 224 miles in length, there’s plenty to explore, but the Back of the Dragon is particularly beautiful. The route meanders along a cliff through its entirety, offering stunning and far-reaching views of the land below between eyefuls of luscious trees dotting a barely trafficked road. For the best experience, tackle it at sunrise or sunset—the area really lights up and it feels almost other-worldly.

Once you tackle this part of the Dragon, it’s going to be almost impossible to stop you from wanting to see the rest. You’ve been warned.

Custom Tours for Any Traveler

Whether it’s the Dragon that’s got you hooked or something else, GearHead Moto Tours in Pearisburg (which spun out of motorcycle repair shop of the same name) offers all-inclusive motorcycle tours to enthusiasts of all stripes. In talking to Terry Rafferty, the owner of the whole shebang, about his business, his passion for what he does is practically palpable. He explains that when it comes to the kinds of tours people can book, “Nothing is impossible. That’s kind of the motto here. I’m here for the people, to give them the best time possible and show them Giles county. There are so many beautiful areas.”

Rafferty went on to explain that the team, which includes his other guide Derek Snider, is really energetic about what they do because it’s their passion. “I’m so fortunate to be able to do what I do every day,” he adds.

When it comes to what he does, the sky’s the limit. GearHead serves everyone from solo travelers to corporate staff members looking for a fun team building experience. While their tours work best in pods of four or so, soloists can take advantage of the events GearHead advertises on its Facebook page and snag a single spot. The best is that Rafferty totally gets solo travel, explaining that they’ll pair people in a party of one with others on a trip, but that you’ll still get your own room and bathroom accommodations to stay in. “None of that awkward dual occupancy stuff,” he notes.

GearHead tours can be hard to define because they’re so customizable. The company recently took a couple on a romantic retreat tour, putting them up in a nice cabin and bringing in chefs to cook for them. On the other end of the spectrum, another recent tour included camping and the GearHead team cooked for the guests. On other outings, Rafferty will take guests to sample local restaurants. “What we’re trying to do is give the flavor of the place to our customers,” he says. “There’s everything from nice dining spots to mom and pop places. When people come here they’re trying to get away from having Starbucks every morning.”

The terrain you cover and how you cover it is just as much up to you as where you stay and what you eat. They’ve got dirt roads for riders looking for technical challenges, two-lane paved routes for those trying to relax a bit, and access to trails on private property to ensure that you have an experience unlike any other. The key to offering such a variety of adventures are the dual sport motorcycles they use—essentially street-legal dirt bikes that can traverse diverse terrain.

One of Rafferty’s favorite spots to take his guests is Butt Mountain Fire Tower Overlook where visitors can see three states at once. “It’s also where Dirty Dancing was filmed,” Rafferty adds as an aside.

All you need to participate is a motorcycle endorsement on your license and proof of motorcycle insurance if you plan to drive. They provide you with everything else—all the riding and safety gear you could possibly need to have a great time in Southwest Virginia.